Can Your Children Decide To Live With You? 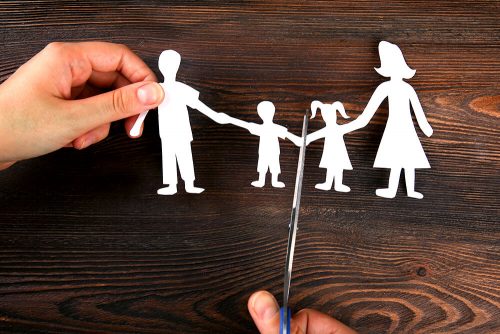 Perhaps the toughest part of a contentious divorce is how it impacts kids, particularly teenagers. The proceedings can be lengthy and divisive, and may expose younger family members to situations they had no idea existed. In Texas, there is well-established precedent for thoughtfully addressing where children of divorced parents will ultimately live. Today we will explain how this process plays out and the reasoning behind it.

About ten years ago, the Texas Family Code was changed with regard to children “choosing” a parent in a divorce. The previous statute allowed kids 12 and older to submit their preference in writing to the court. Sounds like a sensible idea, but in practice what often happened was each parent got their kids to choose them, leading to a stalemate that caused the proceedings to be further drawn out. The new statute eliminates the issues with the statement by allowing the kids to speak directly to the judge and express their wishes (upon request of a parent). For children under 12, this “interview” is at the discretion of the court.

This change in the statute eliminated one problem, but was also intended to help solve another. When selecting a parent to live with, there is nothing stopping kids from going with the one who:

Judges interview the child in chambers, sometimes with a court employee also present, and, upon request, a court reporter. Attorneys and parents are not present, as the interview is intended to be private to protect the child and also to allow the child to speak freely. Judges have been around, and they do not typically ask, “Which parent do you want to live with?” Instead, they usually have a conversation with the child about the child’s living experiences at each household. “If you play sports, tell me about that” for example. In getting the child to talk and open up, the judge can begin to see what is happening at each household. These interviews take place usually after a full trial or hearing and the judge using the information in addition to what he or she has already heard. The judge will  then rule based on what is best for the child in a given situation. The court will consider the evidence, including the opinions of therapists or counselors, teachers, friends, neighbors, other family members to name a few.

Children except in unusual cases, do NOT testify. In fact, it is considered very risky to request that the child testify because most judges are so adamantly against it and will admonish the lawyer who asks for it.

Children Cannot Be Trained for Court

Parents should never “groom” their kids for court, or allow them to be used as pawns. Judges will not take kindly to such activities, and because of their time on the bench, they will see it immediately. In fact, it is a standard admonition never to discuss a case with a child. Children should typically be told, “Both your parents love you. We are trying to do what is best for you. The decision will be made by adults.”

Never coerce or pressure (or worse, bribe) your kids to use against the other – it will backfire. And many judges don’t even want kids directly involved in custody decisions due to the anxiety and stress that is unavoidable. If you have any questions on conservatorship or would like more information, please feel free to contact the Essex Firm for an in-person or virtual consultation.