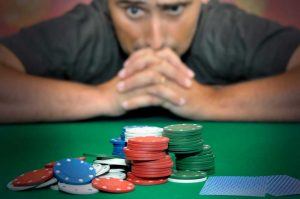 People just can’t help it. Even the most congenial divorces usually involve some level of hurt feelings and rejection. And then things can quickly deteriorate into a legal tangle worthy of a Grisham novel.

True congenial divorces are pretty rare. And even if the two parties get through the initial emotional trauma, logistical issues, and child custody arrangements without a blow up, things often break down during the division of property. This is when total reality sets in, and even worse, by this time one or both parties probably has friends, relatives or neighbors giving them advice. This “advice” usually results in a more intransigent position as far as negotiations are concerned. Why? Because they are feeding into whatever feelings they see in their relative or friend. If he/she wants to punish the other person, then punishment they will get! If he/she wants to make them pay, then by God, they will pay!

This kind of thinking is like a double expresso – it will make you feel energized and alive for a while, but then it will fade and leave you worse off than before.

Keep in mind that in any legal conflict, the longer something takes, the more expensive it usually becomes. People can (and do!) fight for years over teapots and lawn chairs, or someone can ask themselves, how can this impasse be broken?

Often, it’s not that hard to resolve quickly.

If the two things are different, you are on your way to settlement.

Here’s an example – two people are married many years but the relationship slowly ends. One files, and before you know it, counter suits are flying back and forth along with discovery demands, the possible hiring of expert witnesses, etc. But the silver lining is one person would love to stay in the house, and the other wants to keep his/her retirement account.

Bingo! Your negotiation will be started by offering to trade half the home equity for half the account equity. Get an appraisal on the property, compare the two numbers mentioned, and then quibble about chairs and teapots. The quibbling won’t last because each party already believes they’ve won. They won’t care much about the small stuff.

It doesn’t have to involve assets of approximately equal value either. It’s the perceived value that matters. One person might want the house, but the other wants granny’s silver settings. Again, we have the beginning of a resolution to the negotiation – the rest is just splitting the household inventory.

In any negotiation, it is important to achieve small victories, but in a divorce, the other party must also feel successful (barring any unlawful or immoral behavior.)

If you are involved in a contentious divorce (or any similar situation), take a few breaths and ask yourself the two questions referenced earlier. This technique can often be the key to a swift resolution that respects the feelings of all parties (including children) while easing the financial and time burden.

We can assist you in asking and answering these questions. Please feel free to call anytime.