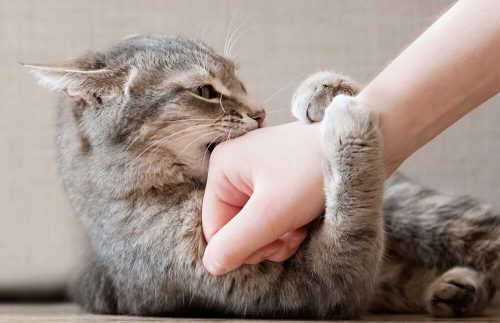 Divorce is tough on everyone. Disruption to routines and lifestyles is inevitable even in the best of circumstances, and this is not limited to adults and kids. Even the family pet feels the change. Considering all of the life-changing decisions that have to be made or negotiated, it’s not surprising that couples in the midst of these proceedings can lose track of Fluffy. For some background, you may wish to review our 2014 blog post on pets and divorce titled, “Who Gets Fido?” The COVID pandemic has resulted in more people isolating and purchasing pets, which increases the number of divorce proceedings involving animals. As such, we wanted to provide a current review of the situation.

It doesn’t matter if you dress your cat in the finest fashions like those fabulous felines we see on TV, pets are still considered property by the vast majority of U.S. courts (including Texas). And according to a 2021 survey by the American Pet Products Association, 70% of U.S. households own pets. Based on these numbers, who keeps the pet can’t help but become a common discussion among divorcing couples. If there is no agreement between the spouses on who will keep Fluffy, the courts will be forced to decide what is just and right. To do this, they will first seek answers to a series of questions, including:

If the pet was acquired during the marriage and the answer to the other two questions above is no, the pet will likely be considered community property, similar to that new bedroom set purchased a few years back. As such, Fluffy would be lumped in with the other property determined by a court to be owned equally. In this scenario, one can see the potential for emotions to run hot.

If there is no agreement among the spouses and the court will likely deem the pet community property, what other factors will be reviewed? Here are some additional common considerations:

Behavior also can play a part in any court proceeding. If you are claiming sole ownership of the pet just to hurt or punish your spouse, it is very likely this information will eventually come to light. Judges will not take kindly to such antics. Also, while “stealing” the pet will not technically constitute theft (you can’t steal something you own), it will also paint the spouse in a very poor light and negatively impact the determinations of any court. Please resist the urge to behave badly – in the end it will likely backfire.

What to Do if You Want the Pet

Simply put, you’ll have to fight for Fluffy. Be prepared to show the judge that your children need the pet to cushion the pain of divorce (if you will have custody). If you won’t have custody of the kids but want Fluffy, maybe show the court how the kids are afraid of the animal, are allergic to it, or have been bitten by it previously. Maybe you have been the pet’s primary caregiver during its life, is healthier, or you are better equipped financially to handle the associated expenses. In the case of a larger pet, you might have more space for it to play. As you can see, in the absence of an agreement with your spouse, determining who gets Fluffy can become very contentious (and expensive).

While it is better to work out some mutually beneficial arrangement, you might be surprised to learn that pets can have court-enforced visitation schedules for both spouses, or even shared custody.

Please keep in mind that Texas courts don’t want to determine where a pet should reside. They are far better equipped to divide other traditional property and income than consider all of the emotional impacts of who should be sole pet owner. For this reason, you take a chance in court on this matter. It is much better to negotiate than litigate. If you have any questions or would like more information, please feel free to contact The Essex Firm for an in-person or virtual consultation.