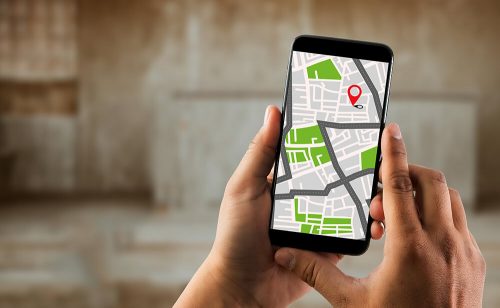 Technology can be a wonderful thing, until it’s not. And in the legal profession, I believe most practitioners would agree that technological advances occur far faster than the law’s ability to keep up. The Apple AirTag is one of the more recent examples of how an extremely clever and useful device can be misused. Sure, an AirTag can help find your keys or your wallet, but is it legal to use to track your spouse? 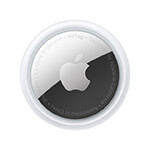 This relatively tiny (1.25 inches across and weighing less than half an ounce) token is basically a transmitter that sends a secure Bluetooth signal. With billions of iPhones and other Apple products in every corner of the world, the signal will be detected and ultimately beamed back (with its location) to its owner. Starting at $29, would-be spies no longer need to shell out hundreds of dollars (and a recurring subscription fee) for a bulky GPS unit that needs to be mounted somewhere in a car and hard-wired to its battery. There are now much more surreptitious options, and the AirTag battery is advertised to last an entire year. The other problem with competing devices (like Tile) – phones must be running the Tile (or other) app to communicate – a much smaller pool that limits its usefulness as a people tracker.

But Won’t the AirTag Announce Its Presence?

If an AirTag is tracking you without your consent or knowledge, it is designed to send an alert to your iPhone under certain conditions (like when you return home or go to work). For non-iPhone users, the AirTag itself is designed to chirp after it has been separated from its owner for three days. There are a few caveats to the anti-tracking security measures built into the AirTag. iPhone users being tracked will not be alerted until they return home (an obvious problem if you don’t want someone to know where you live). Non-iPhone users will not receive an AirTag alert on their phones, and the speaker in these devices can be disabled. Last, and perhaps most alarming, if you are cohabitating with your tracker, the AirTag will probably not give itself away because it will resume communication with the owner when the person being tracked returns home. And someone with physical access to your iPhone can disable the AirTag alert.

In Texas, the short answer to “is it legal to electronically track your spouse” is yes, but in reality, these devices inhabit a gray area of the law. It is definitely legal for the owner of a vehicle to track the whereabouts of his/her property, but consider that some vehicles are jointly owned. In this case, either owner has tracking rights in theory, but during a divorce, this may not matter. If the primary driver is being tracked by the other, a judge may not agree with the “joint ownership” defense and the offender could face a state and/or federal criminal complaint. Also, keep in mind that law enforcement needs to obtain a search warrant prior to tracking someone. If a judge does not agree with the tracking, it is likely that any evidence so gathered will be thrown out.      Attorneys also face the possibility of being sanctioned or charged with a state or federal crime if they use material deemed to be illegally obtained.

In Texas, the use of trackers like AirTags during divorce is currently one of the most discussed and debated topics in family law. The general consensus in the legal community is avoid this practice, and I agree. If you were my client, I would advise you not to track your spouse. If you have any questions or would like more information, please feel free to contact The Essex Firm for an in-person or virtual consultation.