HB 93 Will Take Us Back to the Bad Old Days 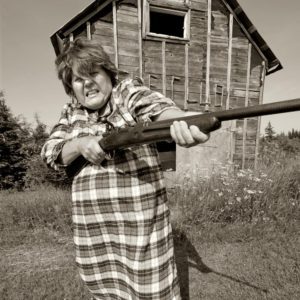 Back in 1970, Texas became one of the first states to offer couples a less confrontational, less expensive way to end a failed marriage. It was known as “No Fault” Divorce, and many at the time believed it would be a disastrous social experiment with American families. However, there is evidence now suggesting that rather than encouraging divorce, the long term effect of this option has been to make divorces less frequent.

During the 1970s and into the early 1980s, divorce rates did rise as each state eventually passed legislation to offer some kind of no fault option. In economic terms, you could say there was pent-up demand that was suddenly being satisfied by the change in laws.

Clearly, this is one of those rare occurrences where it’s good to be below average!

Texas House Bill 93 (and a companion bill that lengthens the waiting period from 60 to 180 days) would undo years of progress on dealing with divorces in the state and bring us back to the bad old days. If this Bill becomes law, couples whose marriages have failed will no longer be able to claim the no-fault option of “insupportability” – basically another way of saying irreconcilable differences. Instead, they will need to file using one or more of the fault-based grounds – adultery, abandonment, cruelty, felony conviction, living apart for three years or confinement to a mental hospital.

In my opinion, this Bill would be a disaster for Texas couples. They are already going through one life’s most stressful events. Now, they will be forced to adopt a confrontational approach and air their dirty laundry in public. Kids will be forced to take sides with all the long-term hurt and emotional baggage such conflict would sow.

And what about the parents? Should they be penalized for admitting that they are no longer compatible? Currently, it is estimated that as many as 90% of divorces in Texas are filed on no-fault grounds. Eliminating this option will make divorces much more expensive as one party will have to prove malfeasance as described above. This could entail the hiring of private investigators, expert witnesses, and the like. These proceedings will also take much more time to complete, which will also run up the bills.

But it’s not just about money. For women (and men) who are in abusive relationships, a no-fault divorce can be the only way out. After years in such a destructive relationship, the abused party will likely be very reluctant and afraid to report the partner to authorities, which would be required in an at-fault divorce. There is more data supporting current law – since no fault divorces became common, studies show female suicide has dropped 8 – 15%, domestic murder is down 10%, and domestic violence (for male and females) has fallen as much as 30%. Also, given the inevitable rise in costs that would ensue, would divorce become an option only for the wealthy?

There are many groups that support this change in law, but I can tell that as an attorney, I do not support it. Kids will suffer, parents and their families will suffer, and what if people lose their jobs and careers? How would this development help the lives of those involved?

If you have any questions on this or any other family law matter, please feel free to contact us here at the Essex Law Firm.