What is Deemed Income in Texas Child Support Orders? 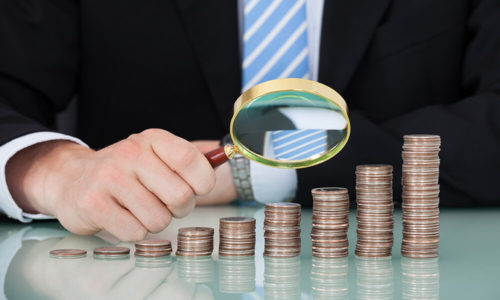 Anyone who has watched “Dateline” may already be familiar with the term “imputed income,” which in Texas is referred to as “deemed income.” These crime drama shows often feature someone (usually the husband) who is trying to avoid financial obligations to his or her children. But what is deemed income, and how does a court decide that this calculation is lawful and appropriate in a family law setting?

Deemed income is the amount of income a court uses in child support calculations when it decides, for any variety of reasons, that using a parent’s current reported income would be inappropriate.

To understand how this works, it is first important to start at the beginning. How is child support calculated in Texas? Child support is based on the obligor’s net resources (an obligor is a person obligated to pay child support). The Texas Family Code for determining net resources can be summarized as including:

Resources not considered for including:

The court will deduct certain items from these resources to determine the net resources available for child support, such as social security/state/federal income taxes, the cost of medical insurance for the child, non-discretionary retirement plan contributions (in some cases) and union dues. This is all standard practice if the obligor is employed, but if self-employed, there may be gray areas to negotiate.

What is Deemed Income?

The definition of deemed income can be summarized as follows:

When appropriate, the net resources calculation may compel the court to assign additional income to an obligor attributable to assets that do not currently produce income. The court will consider if non-income producing assets should be liquidated, or if market conditions would preclude such action. The court may also assign a reasonable amount of deemed income to income-producing assets that have been voluntarily transferred or on which earnings have intentionally been reduced.

What Factors are Reviewed to Determine Deemed Income?

What factors will the court look at to decide if there is deemed income (e.g., the obligor is intentionally underemployed or unemployed)? This determination is based on the “child’s best interest” standard and the statutes quoted above, along with the answers to a number of questions pertaining to the parent who will be responsible for the support. These include:

The primary reason for under-reporting income to a family court (either by false statements or by taking a lower-paying job) is to lower child support obligations. Two examples are shown below:

A husband quits his well-paying job prior to a court date so he can truthfully say he is unemployed. The same intent would be behind someone leaving a good job to take a more menial position at less pay. If a court determines that a parent is purposely earning less income than their skills and experience would normally dictate, it can examine how much similarly qualified people earn in the area and base support on the higher figure. This would also provide strong motivation for the paying parent to find a suitable job. Of course, there can be mitigating circumstances in these cases. Perhaps one parent left a job to care for the child or an aging relative, or the parent learned of a downsizing and took some severance while it was available. Courts will look into why an employment situation has changed, and consider all the facts surrounding the reduction in reported income.

Some states don’t “deem” income to a parent who is already caring for young or special needs children. A parent attending a university or trade school may also avoid having income deemed, but once school/training is over, their support responsibility will likely increase due to their increased marketability to employers.

In order to challenge a deemed income determination, a parent will usually have to supply proof of their circumstances. For example, if they are currently looking for a job, they may have to prove they are contracting with a job search agency and completed state-required unemployment registrations. Courts may also request proof that the parent has an up-to-date resume and has current profiles with job search sites like Indeed or Glassdoor. LinkedIn would also be reviewed – why would anyone seriously looking for work not have a current profile on LinkedIn? If all of these factors check out, it is likely the court will consider a lower support amount, at least temporarily until more gainful employment is obtained. However, if any of the following are discovered, the parent will be in trouble with the court (and owe more support).

In a recent Texas Appeals Court case, the Court affirmed the lower court ruling that the father was intentionally unemployed or underemployed. In this case, the difference in income was significant and the father did not provide evidence of a job search. Slightly different facts could lead to a different result.

Deemed Income Can Be A Gray Area

If a person seeking child support is alleging intentional underemployment or unemployment of the obligor, the burden of proof is on the person seeking the higher child support. As you can see, the topic of whether deemed income will be calculated contains a lot “ifs” and “buts.” However, the bottom line is this – during the past year, COVID-19 has had a profound impact on business activity, and many people lost their jobs or had reduced income. To be clear, a judge won’t impute income just because a parent should be earning more, only if the evidence shows that they are choosing to do so. If you have any questions on this or any other family law topic, feel free to contact Essex Law and schedule a virtual consultation.