Why Should I Opt for a Divorce Instead of a Separation? 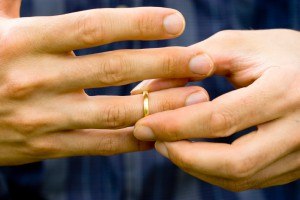 Often times, when a marriage goes downhill, spouses may opt to separate rather than divorce. In some cases, a separation can be beneficial due to financial reasons, or it can allow both sides time to decide if divorce should be the final resolution. However, in many cases, opting for the path of least resistance may actually be more detrimental in the long run.

One of the main risks a spouse takes when he or she agrees to separate instead of getting a divorce is that he or she no longer has any control or knowledge of how the other spouse is managing the marital assets. One spouse could be mismanaging funds or even getting into debt that could later be considered joint debt.

Another potential negative outcome of a separation is one spouse could lose his or her job or suffer another major financial shift that could lead to a substantial decrease in your divorce settlement amount. If individuals decide to get a divorce after years of separation, there is always a chance that the financial status of one spouse has changed, and divorce settlements will be based on the current financial status of both spouses.

In some cases of separation, one spouse will move out of the state or country without notifying the other spouse. This could make it difficult to officially receive a divorce, which will postpone custody decisions, divorce settlements, and other legal matters.

In the event that you meet someone new while you are still legally married, it could put a damper on your new relationship. While some people may be accepting of your situation, you run the risk of scaring someone off.

By opting to get a divorce, you make it clear to yourself and your spouse that you are prepared to move on with your life.  Although there may be some cases where a separation makes sense, if you are in a marriage that no longer suits you for whatever reason, opting for a divorce will more than likely be the most logical choice.